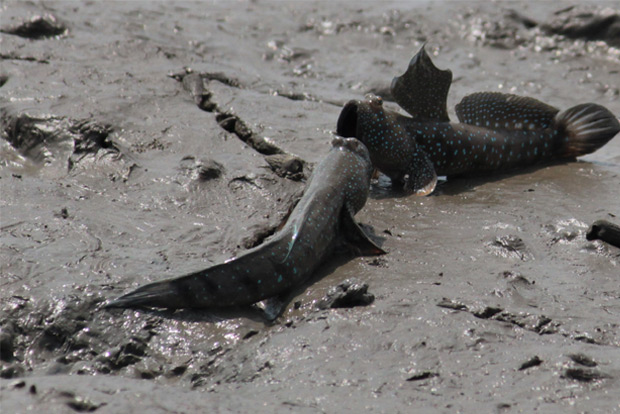 CHENNAI: A recent first of its kind baseline data study by a team of conservationists has shown habitat destruction of walking fish (boleopthalamus boddarti) or mudskipper along Chennai and Kancheepuram coast. The sample study in Chennai and Kancheepuram districts showed no signs of the specimen, but was recorded in five out of six sites taken up for survey in neighbouring Tiruvallur district. The fish thrives in Nagapattinam, Tiruvarur and Ramanathapuram districts. “Habitat distribution, density, biological and ecological parameters conducive for Blue Spotted Mudskipper was examined at 16 sampling sites to create a baseline data along the state coast and results showed that the greater Chennai Metropolitan area covering Chennai, Kancheepuram and Tiruvallur showed that Chennai had poor presence of mudskipper due to habitat loss,” said lead scientist and author of the study A Kumaraguru, Biodiversity Conservation Foundation, Tiruchy. The absent report in Kancheepuram invites further study to explore whether the specie is facing local extinction. The construction of sea walls and development activities for ports, fishing harbours and jetties have sparked erosion in these districts depleting the habitat for marine and riverine fishes and mudskipper is one of the badly affected species, he said. In Chennai, out of 13 sampling sites, the fish was absent in 12 sites, he said. Among the 16 coastal districts covered in TN and Puducherry, the density was maximum in Karaikkal district with presence of 12.17 per square metre and the specie was completely absent in Kancheepuram district despite a coastline of 56.7 km, he added.