Half a dozen species show sharp decline in migration pattern

Climate change and cyclones do have an impact on ecology, say TN ornithologists tracking the bird migration for the past three years. 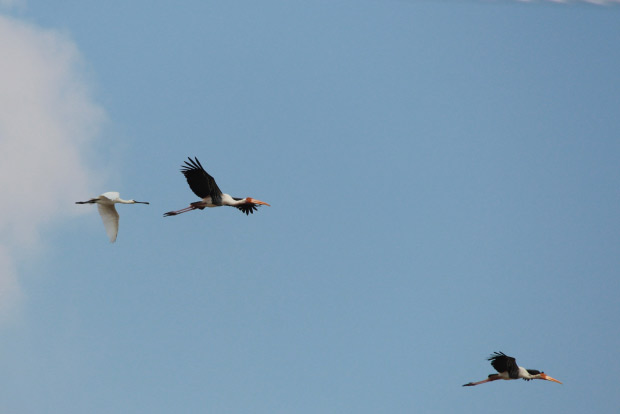 The last two-year data compiled by ornithologists show climate change impact and there are more than half a dozen species showing a sharp decline in their annual migration pattern. However, the migration pattern is steady in Tirunelveli and Coimbatore region, sources said.

Foresters in greater Chennai who monitor the bird migration in Vedanthangal and Karikilli bird sanctuary also admitted that since the 2016 Vardah cyclone in Chennai, the bird numbers visiting the water bodies in Chennai has taken a dip.

There were records for Vedanthangal bird sanctuary attracting more than 40,000 birds per year, but now the migration is somewhere between 25,000 to 30,000, the forest department insider recalled.

Climate change and habitat loss are the major factors that affect the bird population and this year the migration of birds in Kanniyakumari district is not encouraging, said Davidson Sargunam, an environmentalist based in Kanniyakumari. Habitat destruction due to natural calamities and urbanisation had adversely affected the ecology in the district reducing the number of winged visitors.

Some of the water sources have been choked with alien invasive species like water hyacinth and some people culture lotus. Many of the ponds are silted with floating plants that never allow birds to swim and forage for food, which is an additional cause for the dip in bird migration, Davidson said adding that the bird watching teams led by foresters spotted 131 species with a population of about 6,500 in the wetlands of Kanniyakumari. Usually, more than 10,000 migratory birds visit the district, he noted.

Confirming the trend, professor Sai Saraswathi, Nature club, Vellore Institute of Technology said that situation in the delta region has not improved since cyclone Gaja. For the second consecutive year, there is a dip in the population of birds like Pelican, Painted Stork and Flamingoes visiting Nagapattinam and Tiruvarur districts. Once commonly found Spoonbill is now becoming rare migratory bird in TN water bodies, Saraswathi said.