The Sathyamangalam Tiger Reserve (STR) in Erode district has bagged an award for its tiger management measures which will be handed over by Prime Minister Narendra Modi on Monday. 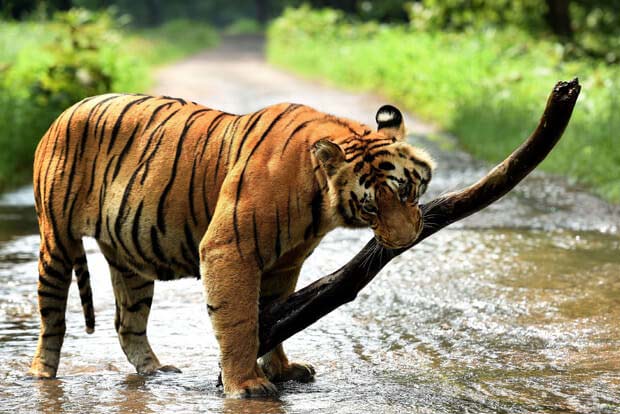 With the Environment ministry and the National Tiger Conservation Authority in a circular inviting the STR field director to attend the global Tiger Day celebrations in Delhi on Monday, an elated senior forest department official told DT Next, “PM Modi is to award the STR authorities and we are waiting for the final citation to be given. Tamil Nadu, which has recently positioned itself as a better tiger managed state with four tiger reserves, had won several accolades in the past [also]”.

Sathyamangalam Tiger Reserve has proved itself to be a better habitat and the systematic scientific work that has gone in to STR is yielding results, opined conservation scientist A Kumaraguru, member, Sathyamangalam Tiger Conservation Authority. Awards like this are given to tiger reserves after studying more than 30 parameters like tiger conservation plan, genetic mapping, threats faced by big cats, local community participation, said Kumaraguru.